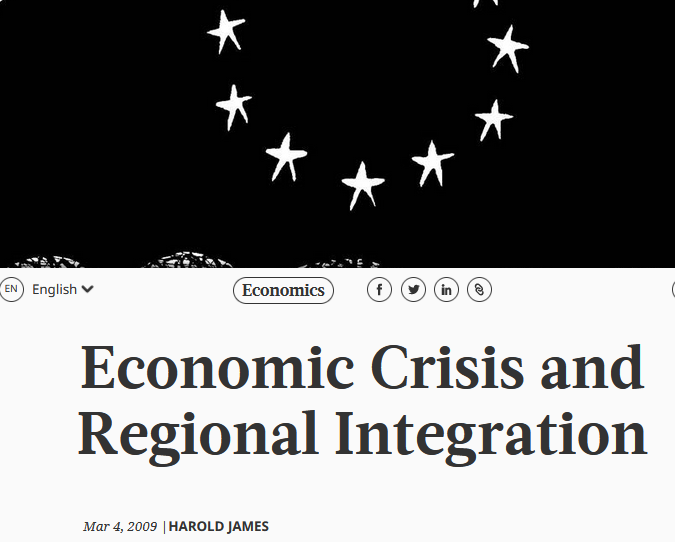 In the 1930’s, Germany and Japan resorted to forcible regional integration, not economic nationalism, in response to economic crisis.

By contrast, in today’s crisis, the largest members of the European Union, the best model and greatest hope for benign regionalism, have turned their backs on integration.

Suddenly, in the face of the economic crisis, these problems have become major sources of political instability.

But today, the European Union is stymied by having squandered the chance to build stronger institutions when times were better and tempers less strained.

The EU is suffering from a number of problems that have been widely discussed for many years, but never seemed to be that urgent.

Instead, the large states are now promoting informal groupings to look for worldwide solutions.

The clash of two visions of Europe is eroding the political stability of an area that once represented the best model and greatest hope for benign regionalism.

Moreover, the whole idea of Keynesian demand stimulus was developed, again in the 1930’s, in the context of self-contained national economies.

The fiscal problem could be dealt with by issuing generally guaranteed European bonds, which might be a temporary measure, restricted to the financial emergency. From the perspective of Berlin or Paris, there should be no systematic Europeanization.